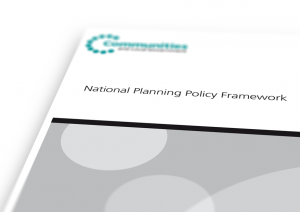 There’s a developer-lead rhetoric that we are likely to face. “Presumption in favour of development” means this development is inevitable.

It becomes even more troubling when this developer-lead rhetoric is then unthinkingly adopted by Officers and Members who actually have a legal obligation to make objective, rational and logical planning decisions.

We have covered this before but it is such an abused concept (thanks developers) that it is worth returning to the issue again.

All applications must be looked at with a “presumption in favour”. That is an ingrained and fundamental principle of planning. Wouldn’t we all want and expect the planning authority to say yes to an application to extend a kitchen (say) unless there are good planning reasons for saying no? Of course.

SODC’s Core Strategy 2012 outlines their policies. The very first policy (CS1) is, yes you guessed it, “presumption in favour of sustainable development”. The 5-year housing land shortfall currently being experienced at Didcot changes nothing in this respect.

What it does change is that it creates an opportunity for massively well-funded developers to challenge the planning decisions of hard up councils through the appeal process.

And what of the appeal process? Are developers certain to win that?

Again developers have been clearly getting to Officers and Members to promote the notion that when there is a 5-year land supply shortfall that the National Planning Policy Framework (NPPF) then applies, over-riding the Council’s policies (as detailed in CS2012.) This is absurd. Not least as to be legally compliant, the Council’s strategy needs to be in line with the NPPF in the first place!

There is a growing mountain of legal cases (yes, apart from the developers, legal eagles are the only ones getting rich on this), which makes it absolutely clear where decision-making responsibility lies.
Case law confirms the bleedin’ obvious – “The NPPF is not a statute. It ought not to be treated as if it had the force of statute.”

Decisions are down to “planning judgement”. And no court will interfere is the decision maker is deemed to have acted “reasonably” and “rationally” (something called ‘the Wednesbury sense”.)

SODC Officers can within reason determine the “weights” associated with various factors.

So the Officers have it totally in their power to make this “inevitable”. Or not. As do Members when it gets to the committee stage. All eyes will be on them to ensure that they do the right thing.