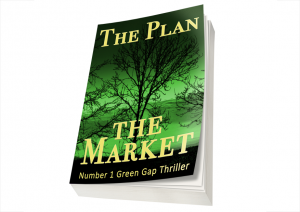 We have been pointed in the direction of two planning appeals that are currently going on Chinnor. The government appointed Inspector is scheduled to reach a decision shortly. Now you might be thinking what’s that got to do with us? Well the answer is pretty much everything.

It turns out that almost the very last thing those appeals are about are the rights and wrongs, the pros and cons of individual and specific planning applications.

The meat of the cases being argued by the legal eagles from SODC and the developers is arcane in a way that only the law can be. It is about SHMA (the calculation of Oxfordshire’s future housing). It is about disaggregation (whether SODC is able to ring fence two housing zones Didcot and Rest of Area within one District). It is about Liverpool or Sedgefield (differing ways in which housing shortfall is accounted for).

Of course with corporate law, the one thing it is not about is real people having to live with the very real consequences.

Whilst this is not likely to make the subject of a John Grisham thriller, it matters. The reason for this is that the cases are, ultimately and actually, a fight for primacy between The Plan and The Market.

The Plan is SODC’s Core Strategy; the consulted, co-ordinated and agreed development plan for the entire District. The Market is the developer’s claim to be allowed to build (pretty much) anything they want, (pretty much) anywhere they want – the so-called ‘presumption in favour’.

The developers’ teams in the Chinnor cases – and it will come as little surprise to learn that Grainger’s agent Savills is prominent amongst them – treat SODC with the utmost disparagement and distain.

The reason is that beyond the lies, the damned lies and the statistics is a very uncomfortable and inconvenient truth. Savills and the others argue with depressing forcefulness that The Plan is nothing if it isn’t delivered.

They pour scorn on SODC’s track record (or lack of it) of delivery. Ladygrove East is such an easy target. It has been in the plan since 2006. It is still awaiting delivery. Their case being that if the Local Planning Authority (LPA) is not competent (their phrase) in delivering, then The Market has to step in to deliver competency (i.e. houses.)

However, The Market of Savills and Grainger does not operate strategically for the benefit of the entire community. Rather, it operates commercially for the benefit of their respective shareholders. Not for them tricky town centre brownfield sites when there’s a bucket load more cash to be made developing green fields in historic villages. Which, of course, is why they target the Chinnors, the Shiplakes, the Blewburys, The Green Gap and community after community across the District.

If anyone doubts this profit motive then when Savills has downtime from attacking communities like latter day triffids, they can be found attacking CIL charges. CIL is the Community Infrastructure Levy; the social ‘tax’ applied to developer’s building new homes that will ensure those houses enjoy social services like refuse collection, libraries and so on.

The irony in all this is that The Plan is The Market. The Plan is thousands and thousands of houses. The Plan is perhaps the biggest expansion in South Oxfordshire since the aftermath of the Second World War. There’s plenty of profit and plenty of community benefit in The Plan without having to go off the reservation and start speculating. And they’ll be bags more profit in the next plan as well.

SODC may think that Chinnor is about numbers and allocations and whether The Plan is endorsed or has to be re-written, but it is bigger than that. It is actually about the entire legitimacy of SODC as an LPA in the eyes of government Inspector.

SODC is regaining moral authority by speeding up GWP and by bringing forward Didcot NE, Didcot Gateway, Orchard Centre 2.0 and the Power Station. However, unless and until Ladygrove East comes on stream, SODC risks not being granted legitimacy over the rampant developers. And, as is always the case with these things, it will be the very people who pay for and vote in the folks at SODC who will end up trying to hold back Green Gap after Green Gap.