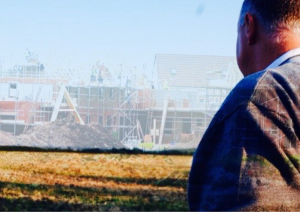 Today’s Times has a Leader article all about “the housing crisis”. As it happens it is virtually a reprint of a piece is this week’s Economist. We all know the soundbite – we need to build more houses to meet the needs of a growing population.

Both these august journals advocate building more houses on green belt land. And both issue a big caveat: they identify certain types of legacy green belt which in reality is “scrubland’ near London tube stations. This would generate 1,000,000 new homes according to The Economist.

The Times and The Economist recognise that this is not a silver bullet solution. The issue is much more complex than that. They therefore advocate a range of solutions. For example, there are 610,000 empty homes in the UK. (Owners of these properties only pay 50% Council Tax.) Developers are currently not building 500,000 homes for which they already have planning permission. (They are almost incentivised not to build as they make more money simply watching the value of land appreciate than they do from building houses. Both journals advocate a tax to act as a disincentive.)

Both journals concentrate on the issue of making more houses available. Neither particularly addresses the issues of where (apart from around London) these houses should be. The Times points out that “not since 1945 has housing featured prominently as an issue” as today. It is worthwhile then reflecting on what happened after the war. David Kynaston’s brilliant serial history of post war Britain goes into much tragic detail about this. The wrong things (e.g high rise flats) were built often in completely the wrong places often against the expressed will of the people. Sure housing was delivered but much social misery was created as, of course, the housing was sustained by very little infrastructure.

Friend of the Green Gap campaign Ed Vaizey MP was on tele recently. Andrew Neil grilled him about the housing crisis and Ed tried to stick to his guns about more housing being a good thing but only when it is in the right places. He spoke in defence of his constituents (i.e. us).

SODC has defined what the ‘right places’ are: they say that new housing should be delivered in a “planned and managed way”. Grainger’s scheme is absolutely not in the plan. And given the fact that Grainger’s scheme comes with none of the infrastructure benefits that are resulting from Great Western Park and Didcot North East, it is not managed either.

Let no one be fooled by the sound bite. Developments that are neither planned nor managed actually make no contribution to solving “the housing crisis”. The only contribution they make is to fattening up the bottom line of an opportunistic developer.