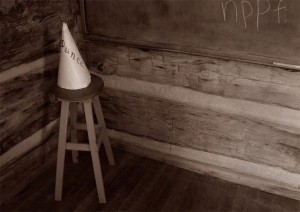 Here’s what Grainger has to say about one of the fundamentals underpinning the sustainability of the project:

“There are three dimensions to sustainable development recognised within the NPPF; economic, social and environmental. In respect of the former, the proposal represents an opportunity to contribute to the building of a ‘strong, responsive and competitive economy’, by providing the LPA with an opportunity to deliver housing land in the right location to support growth, and principally via the construction of the homes, support the local economy and job creation within the wider Science Vale”

Yup, one measly paragraph in the entire Planning Statement. And what does that paragraph tell us? Well most of it simply repeats the text from the NPPF. As if repeating the paragraph is the same as complying with the paragraph.

That ladies and gentlemen, boys and girls is the extent of the economic “credits” associated with the site according to Grainger.

And this would be the gross figure as there is no mention of any economic “debits”.
We can help on that front.

Given that this development is designed to “support the local economy”, money that is sucked out of the local economy is clearly a debit. Therefore the entire quantum of fees paid to all the consultants and professional services – none of which are even based in Oxfordshire – need to be recorded as a debit. The profit made by Grainger, a PLC based in Newcastle is a further debit. There is little doubt that even on this basis the debits will be bigger than the credits.

As Grainger well knows, the Green Gap is currently working land. It is “best and most versatile” agricultural land on which they take rent payments. Then there is the value of the crops. Both of these would be stopped by development of the land. Both of these revenues are therefore debits.

Sometimes planning Inspector’s suggest that schemes make contributions to the local economy by creating trade for shops and services that would not be viable without them. Given that the site is located so far from any such shops and services, no argument can be made for this here.

Finally, sometime speculative developers claim that Section 106 payments are contributions to the local economy. However, as the NPPF makes clear, any such payment is to make good economic harm created by the development. Therefore these payments are, at best, neutral from an economic perspective.

We’ve seen that Grainger’s obligation to economic sustainability for this site is irreconcilable with their corporate strategy. It is no surprise then that from an economic perspective as seen through the lens of SODC policy CS1 and the NPPF this scheme simply does not add up.