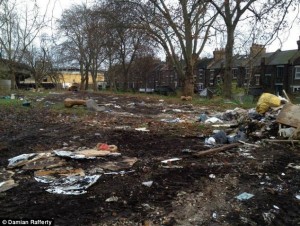 This is the choice that faces SODC.

They have sold everyone the ‘vision’. Now they have to deliver.

The decision makers can’t say that they haven’t been given good advice.

SODC’s Countryside Officer has objected for a second time to Grainger’s scheme. Notwithstanding that Grainger’s revisions were undertaken to address the first objection, the Officer concludes: “The minor amendments made to the illustrative master plan and associated supporting documents submitted on 15/1/16 do not alter the comments I submitted previously (15/11/15).”

The Countryside Officer makes reference to documents including SODC’s own Green Infrastructure Strategy and within it the The Didcot Greenspace Network. This study identified the need for the provision of at least 100 hectares of new accessible natural greenspace within 2km of Didcot by 2026. This is related to the current and projected future shortfall in the provision of green space as a result of new planned development up to 2026. The most significant deficit is for the provision of GI sites of at least 20 ha within 2km of the town. The site for the proposed development was in fact one of the preferred options put forward in the study for helping to address the need for additional green infrastructure in Didcot.

Also objecting for a second time is SODC’s Environmental Health Officer. She is objecting on the grounds of air quality. She states: “the air quality assessment provided is insufficient for the following reasons: – It does not consider the cumulative effects of other committed developments in the area…” This is exactly that same charge levelled against Grainger’s wilfully negligent transport study.

It also explains why SODC’s Garden Town “vision” shows Grainger’s site as part of “the lungs breathing into the town”.

We have another chance to tell SODC what we want. And it isn’t to turn the Green Gap into a garden dump. Object (again) now.