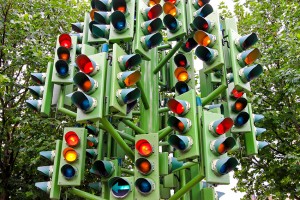 A constant theme running across the majority of the 500 plus letters of objection to SODC has been safety and traffic issues created by Grainger’s speculative application.

Now, at last, we’re beginning to get somewhere.

Oxfordshire County Council has issued a “holding objection” to Grainger’s plan. (OCC is the roads authority and advise SODC the planning authority.)

OCC’s is unhappy with Grainger’s proposals for access to the site and other safety matters. The objection can be seen in full on the SODC application portal – look for ‘Oxfordshire County Council One Voice’. These are fundamental concerns as although Grainger is seeking outline consent (approval in principle), they do need the OK on access at this time.

It is too early to say that this means the application is doomed. It is a “holding objection” which OCC can lift if they are satisfied by new plans. New plans will require a considerable amount of new work from Grainger and a new round of public consultation. (I bet you can’t wait for that!)

OCC has, so far, only gone public on safety matters. However, they have written to us to confirm that Grainger has under-estimated traffic generation by 60% but for some reason have not made this response official.

We have identified some basic and material flaws in Grainger’s Transport Assessment. Here’s a new one. With the (sad) confirmation of the removal of the 94 / 95 bus service, Grainger’s estimates for car usage is now completely out of date.

So good people of Didcot and East Hagbourne if you still have the energy, please drop SODC a note in the next few days to remind them that OCC has only done half a job. Safety is ultimately a function of how busy the roads are and Grainger’s traffic numbers simply don’t add up.