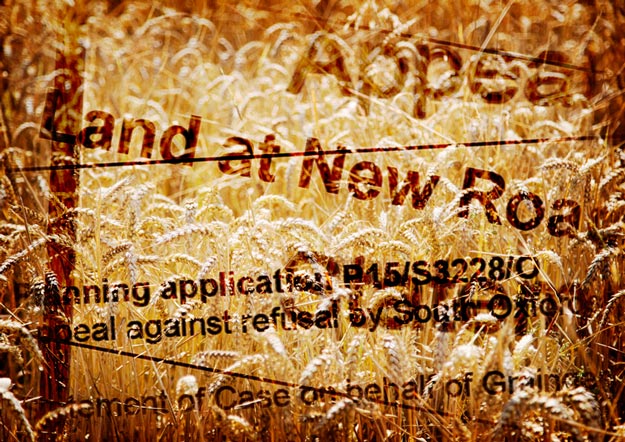 Sadly, but inevitably, Grainger PLC has decided to appeal the unanimous rejection of their application by SODC’s Planning Committee.

So here’s what we know about the Appeal process.

An Inspector appointed by the Planning Inspectorate oversees the Appeal. The Inspector is an experienced and senior planning professional who will have no connection to this area.

The Appeal will be heard at a Public Inquiry. From what we are being told this is likely to held in January or February next year. The name of the Inspector will be announced once the Public Inquiry date is set which wont be for some time. As the name suggests the Inquiry is open to the public and residents take part, ask questions, make statements and so on. The venue will be in East Hagbourne or Didcot and will last three or four days. Technical “experts” and legal eagles will eat up most of this time.

Following the Public Inquiry, the Inspector goes into a dark corner and writes his / her report. This stage could take a further ten weeks.

In our case there is a twist. As Grainger’s plan is for over 150 dwellings, the Inspector’s report is “recovered” by the Secretary of State for a second opinion. This second and final opinion could take a further 10 -12 weeks.

Only then will the result will be known. This could be June / July next year.

The issue will all be about the “planning balance”, that is whether the harms of the scheme outweigh the benefits. To a rational person this seems self-evident. However, the rational person is not often invited to appeals. Rather this is a playground for barristers arguing black is white

This balance is impacted by such factors as the state of the local and neighbourhood plans. As time moves on and these plans advance towards finalisation, so they gain in “planning weight”. This could be very important as, of course, Grainger’s scheme is not included in any plan.

So where are we now?

We have been told that the Inspector will absolutely read every one of our objections. So there is no need to resubmit any comments. Members of the public can, of course, submit comments on Grainger’s Statement of Case document. We have until 2nd September to do this. See the OBJECT page for details.

Mind the Green Gap will be taking an activity part in the Appeal. We are currently taking advice as to whether we should apply for “Rule 6” status. This would mean we would have equal status in the Appeal to SODC and Grainger. This could perhaps give us the best chance of defeating Grainger. However, this status may come at a price and we will need to find some money from somewhere (hint! hint!)

We’re still trying to get a meeting with SODC so we can co-ordinate our positions.

Our case remains so comprehensive and the communities of East Hagbourne and Didcot remain so united that we should feel confident that we can see Grainger off for good.