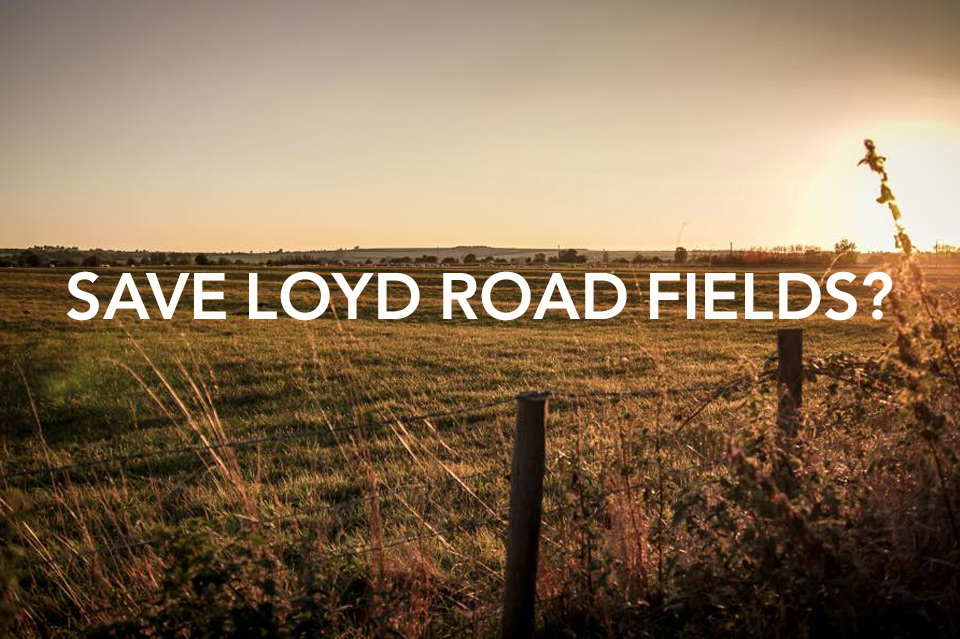 Catesby’s plan to build 135 houses south of Loyd Road was refused permission by SODC in October 2017. The speculator is not going quietly and has appealed the decision.

The Appeal hearing is a public event. Although led by lawyers and experts members of the public can attend and most likely will be given the opportunity to speak if they wish.

If you are concerned about this development you may want to attend for a morning or afternoon to show how much you care. 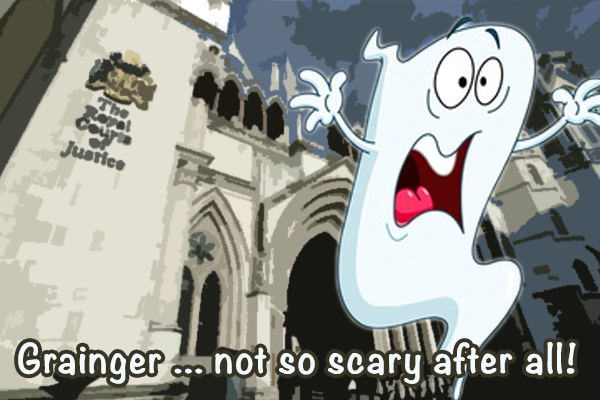 Good news everybody. Grainger’s hopes of getting a Judicial Review and overturning the appeal verdict took a body blow this Halloween.

In the High Court Mrs Justice Lang was unequivocal in her dismissal of the three legal points Grainger raised. She sided with the Secretary of State. Not JR was granted. And the appeal verdict stands.

Grainger did not seek leave to take the case to the Court of Appeal. We understand that they have just 7 days to do so.

This is the second time that the High Court has thrown out their case. Perhaps now they will realise that their argument has no merit. Grainger’s corporate reputation is suffering. It is surely time for them to take down their fence, cut their losses, and go quietly into the night. 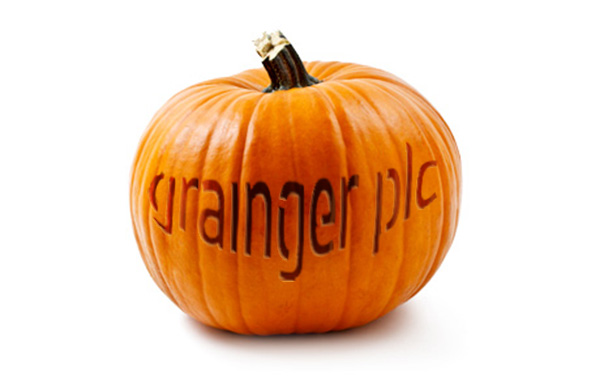 Grainger are before the High Court on October 31st - Halloween. The hearing is to decide if a Judicial Review is appropriate.

Should we be frightened this Halloween? Grainger have to prove that the Appeal Inspector erred in law. To date they have done little more than re-run the merits of their case. There’s good reason to hope that for Grainger this Halloween will bring a trick. And for us a treat.

We do not yet have a time for the hearing - and may not until the day before.  The time will be published here: https://www.justice.gov.uk/courts/court-lists/list-cause-rcj. Click on the Administrative Court London link. 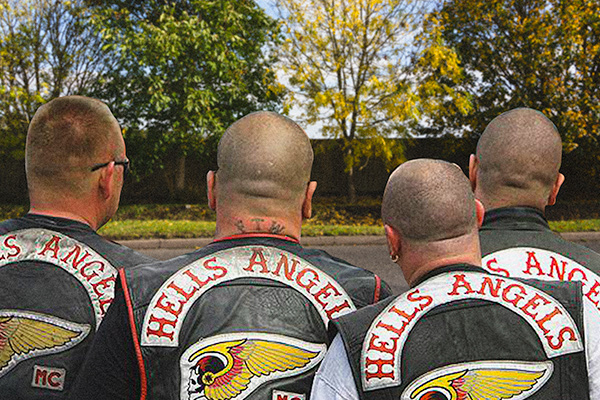 Here's an update on Grainger’s fence.

It appears that SODC Environmental Health team wrote to the Grainger (aka Derwent) in July 2017. The letter is here. They reported a complaint of motorbike noise and asked Grainger to get in touch ‘as soon as possible’.

We don’t know if they did. We do know that Didcot Police have no record of complaints about motorbikes. And we do know too that locals are bemused by reports of nuisance.

Grainger are of course entitled to fence the land they own*. We will leave you to judge if a 6ft close boarded wall of timber is an appropriate and justifiable solution to a problem that may never have existed. And we will leave you to consider if Grainger’s ‘they told us to do it’ position is a reason or an excuse.

Mr Beresford and Mr Jopling from Grainger have both been gracious enough to reply to locals queries. We wonder now if their grace will extend to removing the panels. In our view such an act would be welcome by all. The community; our local elected representatives and Grainger’s shareholders.

What's your view John and Nick? 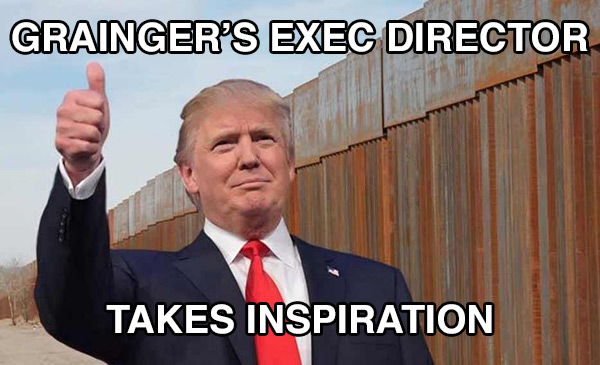 Grainger have built a 6ft fence around the Green Gap  The boards on New Road block our precious views but they reveal much. They reveal Grainger PLC’s corporate malice and spite. They reveal it’s executives distain for our community. They reveal how speculator’s motives are base and malevolent.

Grainger’s Executive Director Nick Jopling slyly claims SODC asked them to ‘secure the land to prevent nuisance’. SODC so far deny all knowledge of this. Through this cynical and disingenuous smoke screen one thing is clear: speculators cannot be trusted.

Grainger’s friends Catesby and Greenlight face SODC’s Planning Committee on Wednesday 18th October. Come along to Didcot Civic Hall at 6pm. Let’s ‘build a wall’ too. A wall of opposition to speculators treating us with contempt. 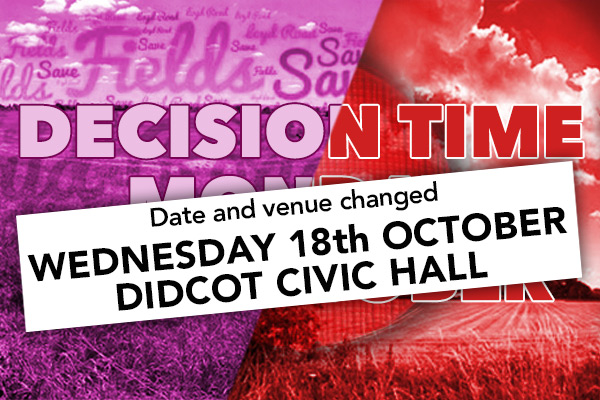 Following pressure from campaigners SODC have moved the event from its previous unsuitable venue. Please note too the revised date.

South Oxfordshire Planning Committee have two momentous decisions to make. Both Catesby’s scheme on Park Road and Greeenlight’s scheme opposite East Hagbourne School will be considered on Wednesday October 18th.

Both the Red Light Greenlight Campaign and Save Loyd Road Fields Campaign have called for residents to turn out in force. They believe this is an opportunity to show SODC that the people of Didcot and East Hagbourne are united in their opposition to ill conceived speculative development.

Each decision will have a lasting impact on the future of Didcot and East Hagbourne. This is a tipping point. The council can decide to back these and other speculator’s collective plans to create urban sprawl south of Didcot. Or they can back their own Local Plan and their own Garden Town which seeks to bring forward housing while safeguarding green space as Didcot’s ‘garden’.

Hundreds of residents have posted official objections to both schemes. Despite this manifest community interest SODC first convened the planning meeting on the other side of the district. Some have said that this is a deliberate attempt to silence local opposition, and only following pressure from both Campaigns did SODC change the date and venue. You might conclude that SODC's actions give even more reason to show them that you care.

If you oppose these developments please attend the meeting.

If you need a lift please contact the Red Light Greenlight campaign at [email protected].

Save Loyd Road Campaign can be followed in Facebook here.

The venue is here on Google Maps. 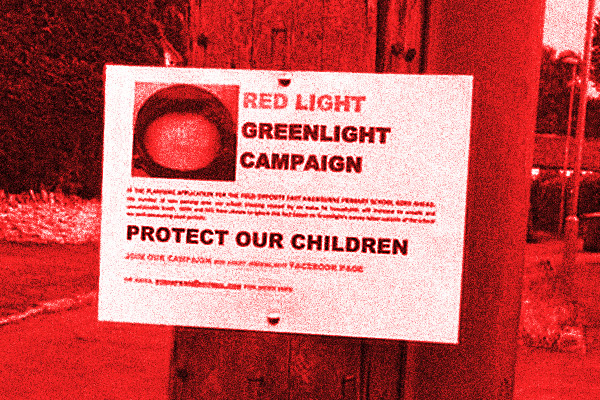 Residents have formed the Red Light Greenlight Campaign to oppose the development. Follow progress on the campaign’s Facebook page or get in touch with the campaign chair, Susan Pring.

Red Light Greenlight have published some tips on how to respond to SODC's consultation. See their flyer.

[Update: residents are forming a campaign group in opposition to Greenlight's proposal. They are meeting at Hagbourne Village Hall on Friday 14th July at 7.30pm. See flyer here.]

Greenlight Developments has lodged their application for up to 74 units next to Hagbourne Village Hall. It is now live on SODC's Planning Portal. The consultation will begin in the next day or two.

Greenlight Developments presented their plans to East Hagbourne Parish Council on 22nd June. Attending residents were very vocal and articulate in their objections to the scheme. Traffic volume, road safety worries, and loss of rural landscape were recurrent themes. Since then Greenlight has met with representatives of the school, Village Hall committee and Parish Council.