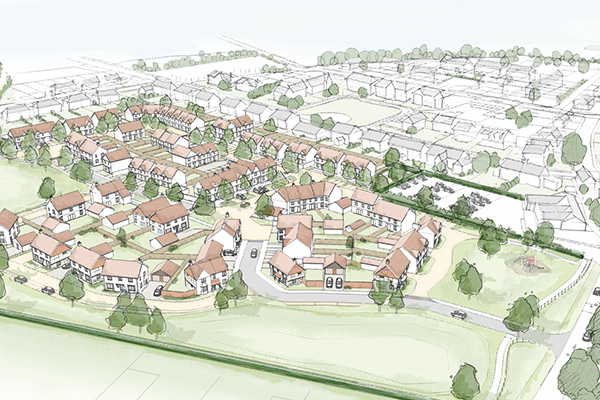 We have another developer keen to build in East Hagbourne. Leaflets were delivered today by Greenlight Developments concerning a Public Consultation into a 74 unit development on the field surrounding Hagbourne Village Hall.

Greenlight have asked SODC for an opinion regarding a Environmental Impact Assessment. This is an uncontentious technical exercise but a precursor to a formal outline planning application.

We have carefully considered how the Campaign should react to Greenlight. There’s is a clue in the name: Mind the Green Gap. We are a “single issue” group. We took our remit from the local community when it came together in the Village Hall on that fateful evening in 2015. A remit to save the green gap that protects Didcot and East Hagbourne from coalescence.

Our single issue campaign was also a time buying exercise. We needed to fight off this attack whilst the community achieved more control over development in the parish through a Neighbourhood Plan. MtGG’s view is that we should focus all efforts on getting the Neighbourhood Plan ‘made’ as quickly as possible. Most of the MtGG committee are part of the Plan team. Our efforts, and those of all Plan team members, are focussed on completing a plan that has teeth.

We know that there are other Developers about to break cover. We are still fighting a battle (vs. Grainger), but concentrating on winning the war (via the NP). It is only by winning the war that we can hope to be successful in winning individual battles.

Meanwhile ... East Hagbourne Parish Council are carefully monitoring the Greenlight situation and they’ll most likely respond to the consultation. You may want to do the same. Remember that developers are obliged to take note of the results of community engagement. Have your say.

So, while MtGG will not be the leading the charge we're here to help. We're keen to share our experience and insight if we're called upon to do so.

(Credit goes to Andrew Oldfield for the title of this post!)