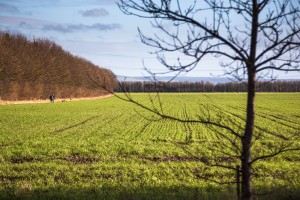 Natalie Bennett, Leader of the Green Party spoke in Didcot this week. There was a healthy debate about housing and policy – one that we wont rehearse here (this is an campaign after all not a soap box).

But there is one thing that Natalie said that is worth repeating. She said “do politics; don’t let politics be a thing done to you.”

Our community has again shown its determination to engage in the politics of development. To do something so that something does not get done to them. As of February 10th an impressive 112 objections have been posted in this latest round of consultation.

With Grainger’s new plan changing nothing for the better some are suitably short (“Ive told you once already” as it were).

Some like Andy Chandler’s excellent letter on the site delve into the devious detail of Grainger’s new submission. They point out how new access roads for Nurton, a new road design that is more urbanising, and the creation of a phoney ‘green corridor’ that robs green space from elsewhere has made the plan worse not better.

Many objections decry how Grainger’s revision is a reaction to just five comments from SODC – not 450 from the community who will be adversely affected.

And some call on SODC to make good on their promise of Garden Town ‘Green Lungs’ for Didcot by rejecting Grainger’s plans.

If you have not yet commented you can get inspiration from you neighbours on the SODC site here. Or read what we have to say on the object page.

Don’t let this thing be done to you. You have until February 15th to have your say.